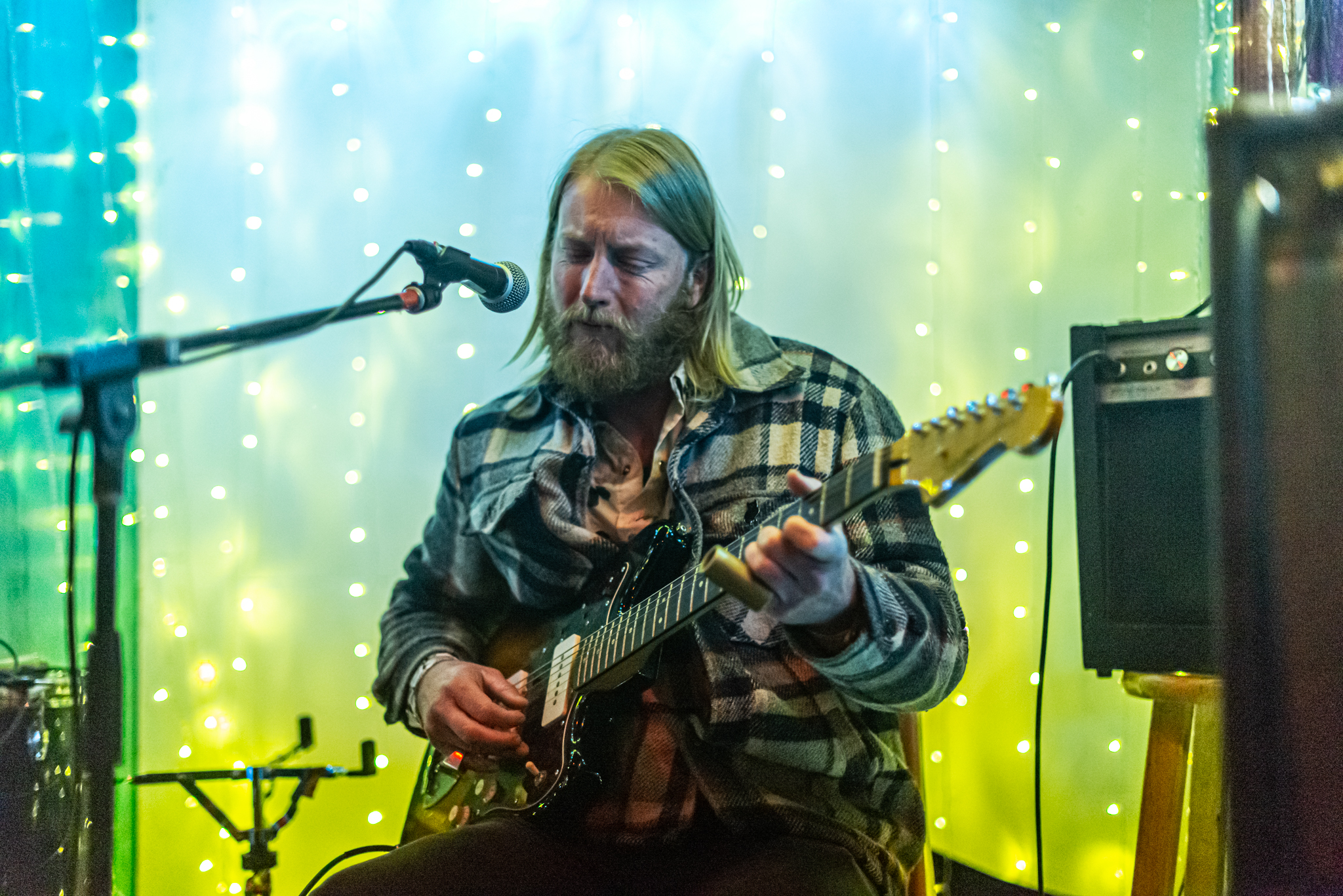 This is a band that entirely encompasses the beauty of laying back. They have a unique vision that subtly welcomes you into their colorful rhythms and rock n roll daydreams. They create a space that invites you in, tells you to make yourself at home, and hugs you as you walk in the door.

It’s been three years since New Orleans-based Killer Whale released their previous album, the sublime, sunbaked Casual Crush. The album garnered praise for mastermind Thomas Johnson’s keen ability to blend Southern R&B with a hint of California surf, thanks in part to a mix of melodic guitar riffs and heavenly vocals bested only by My Morning Jacket. Tastes Like Yesterday marks their long-awaited follow-up, due September 18th on the Mexico City-based label Devil In The Woods.

“I’m not a perfectionist,” admits Johnson. “Yet I do want each new record to demonstrate some progression from what came before. I don’t necessarily want it to sound radically different, and I think Tastes Like Yesterday accomplishes that. I like the idea of each album hinting at what’s coming next without really being specific about that direction.”

Tastes Like Yesterday does fit that description. Though one can hear echoes of Casual Crush in the tracks “Comfortable” and “Slip Away,” the album finds Johnson’s muse immersing him in a very seductive, mellow soul. “I’m from Louisiana, and New Orleans culture and music have always been an influence on me, whether consciously or not,” Johnson says. When asked how he describes his music, Johnson lets out a laugh and tells me he calls it “Pontoon Soul”. The lead single “Comfortable” offers an example of this new genre; it’s swampy and murky, yet Johnson’s heavenly voice transcends, resulting in a song best described as drop-dead gorgeous.

Killer Whale, much like its creator, wanders between New Orleans, Austin, and San Francisco, bearing the melodic scars all that travel brings him. A mixture of genres, Killer Whale doesn’t subscribe to any one camp. Instead, it exudes them all.

With that kind of concoction, it doesn’t seem too far-fetched to think that the songs would be a melee, an atonal mishmash that harkens back to the days of being different for different’s sake. Under the leadership of another musician, such might be the case, but Killer Whale melds everything together in the name of freaky good fun.

“For Tastes Like Yesterday, I did something I’ve never really done before, and that is to relinquish control of the production. I really must give credit to Grayson Converse of Spooky Mansion and my good friend and longtime creative partner Scott Sibley for adding the lovely touches that make Tastes Like Yesterday so special. Scott and Grayson came together with a lot of the production ideas, and I think they’ve really helped enhance Killer Whale’s sound, especially in terms of the individual song production.”

Indeed, Tastes Like Yesterday is a record dominated by Johnson’s singing. Whether it’s the dreamy funk of “High On Yo’ Love,” or the harmonic vocals of “Canopy,” or the crooning on the breezy “Slip Away,” Johnson’s voice is smooth, slick, and seductive. Johnson states “If there’s one big difference between this album and our previous releases, is that Scott, Grayson and I emphasized focusing on the drums, percussion, and keys with less emphasis on guitars. I’m extremely happy with how our efforts turned out.”

Sunny and warm, yet cool and seductive, Tastes Like Yesterday arrives September 18th. Let this album wrap its arms around you, allow you to embrace your new dance, and take you to some wonderful places deep within your mind.